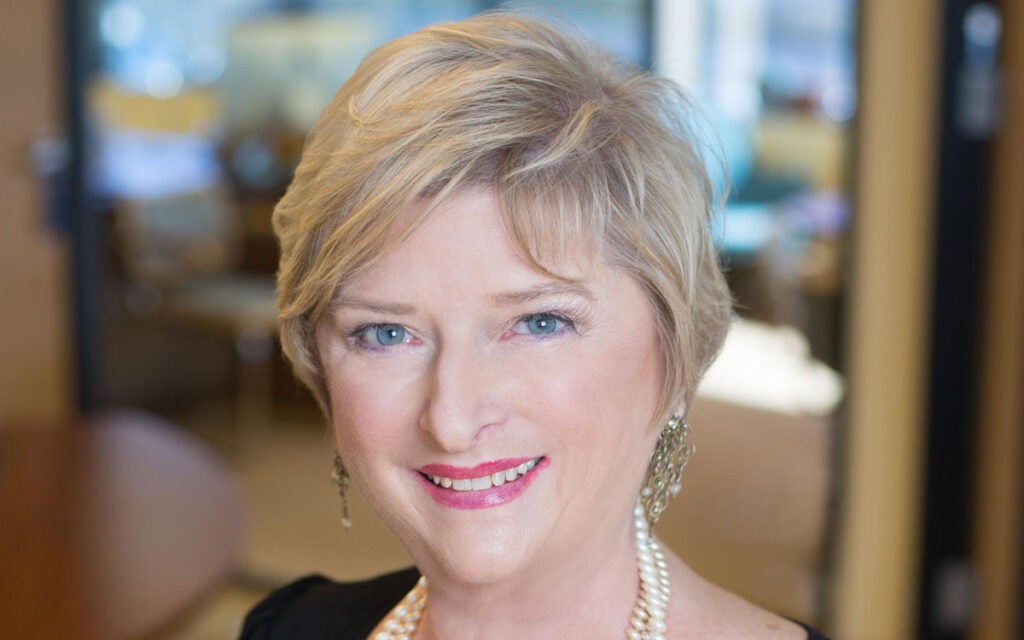 Georgetown University received a $1 million gift from Judith Costello Bedell (I’66) in support of Catholic Campus Ministry. When fully funded, the endowment will be dedicated to the Catholic Chaplain’s position. In the interim, it will support ongoing undergraduate programs in campus ministry.

The university’s Catholic chaplaincy serves students, faculty, and staff, inviting them to grow in relationship with God, deepen their faith, and build community. Thousands of students on all three of the university’s campuses participate in at least one of the many programs offered by Catholic Campus Ministry each year.

“In both the short and the long term, this gift will have a lasting impact on the programs we offer students through Campus Catholic Ministry, including retreats, social justice immersion programs, lectures, prayer groups, and adult faith formation opportunities,” said Fr. Kevin O’Brien, S.J., vice president for Mission & Ministry at Georgetown.

“We are grateful to Jude Costello Bedell for her long-standing dedication to Georgetown, which seeks to integrate learning, faith, and service,” added O’Brien.

After graduating from Georgetown’s languages and linguistics school, Bedell moved to Wall Street where she used her language skill to coach Swiss bankers interning at her firm. She then earned her MBA from the University of San Francisco, another Jesuit university, and founded her own investment advisory business, Bedell Frazier Investment Counseling, LLC, in Walnut Creek, California at age 31. Her career story is on her firm’s website.

The firm is currently celebrating its 40th anniversary managing money for families and retirement accounts. Bedell has focused on encouraging other business women to follow her into the investment advisory industry.

She also works tirelessly on behalf of her alma mater. During her 25 plus years on the Alumni Admission Committee, Bedell interviewed thousands of Georgetown candidates, and led the volunteers helping interview prospective students from the San Francisco Bay area.  In addition, she served as president of the Georgetown Alumni Club in Northern California and was a key leader for the university’s John Carroll Weekend in San Francisco in 1984 and other events.

In 1995, she received Georgetown University’s William Gaston Alumni Award in recognition of her outstanding service and leadership with the San Francisco/Northern California Alumni Club. Her five years as president of the club culminated with the Club President Emeritus award. Bedell is now on the 50th Reunion planning committee for the Class of 1966.

“Georgetown’s Jesuits and the Catholic Campus Ministry program had a positive influence on me,” recalled Bedell. “I want others to have as rich and rewarding a Georgetown experience as I did. I encourage my fellow Georgetown alumni to step forward and support these important programs.”