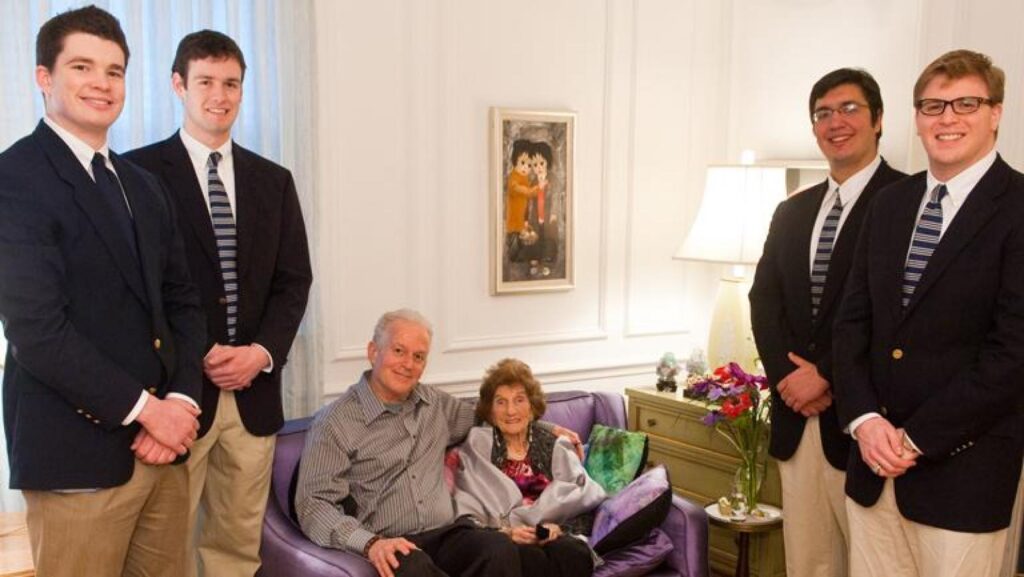 Rabbi Harold White is part of Georgetown history. Thanks to a recent gift from the H. Max (C’27, L’32) and Josephine Ammerman family and other donors to establish a chair in White’s honor, his contributions to the university will be remembered long into the future.

In 1968, Georgetown created the position White would hold for 41 years, and in doing so it became the first Catholic university in the country to have a rabbi in a full-time campus ministry position. White officially retired as Georgetown’s senior Jewish chaplain in 2010, but he remains actively engaged in the Program for Jewish Civilization—an interdisciplinary research and teaching initiative within the Walsh School of Foreign Service that studies the global dimensions of Judaism through the ages with an emphasis on the ethical aspects of Jewish civilization. White was integral in establishing the program in 2003.

Anonymous supporters donated a lead gift to establish the Harold White Chair in Jewish Civilization, and now, thanks to support from the Ammerman family and other donors, the chair is fully funded.

Josephine Ammerman and her son, Andrew (F’72), have had a long friendship with White and an even longer relationship with Georgetown. In 1974, after the death of their older son, Stephen, the family established a scholarship at Georgetown in his memory, which is benefiting 15 students this year alone.

Andrew Ammerman, a former member of Georgetown’s Board of Regents, says that the full funding of the chair in honor of White is “a natural evolution” in the Program for Jewish Civilization’s development. “Seeing this evolution is a kind of coming to fruition,” he said of the chair.

White believes the funding of a scholarship decades ago has come full circle with the funding for the chair.

“The Ammerman family represents the Georgetown ideals of cura personalis and service to others,” White said.