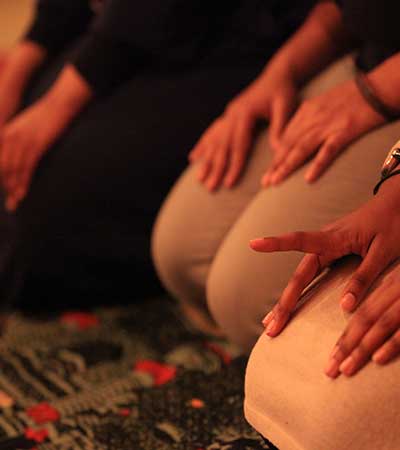 “Georgetown’s values are close to our hearts,” explains the father of a Georgetown student who recently made several gifts to the university.

The anonymous gifts, totaling more than $4 million over two years, support several key initiatives, the largest of which is educational access.

Two million dollars of the gift will go towards scholarships in general with a special emphasis on international students applying to the Walsh School of Foreign Service.

“We live in the Middle East, an unstable region with a lot of refugees. In fact, my father was a refugee who had to start from scratch. He worked day and night to pay for his kids’ education,” shares the donor. “In our culture we believe that our savior is education. Armed with a degree, our children can work to help themselves and help others.”

A New Space for Jumu’ah

While visiting campus, the family spoke with Imam Yahya Hendi about the needs of Georgetown’s Muslim community. After that conversation, they decided to join other donors in funding a new, larger Muslim Prayer Room in Village C.

Construction began on the new Muslim Prayer Room in September 2018. It will include an area for Friday services, called Jumu’ah in the Muslim tradition, as well as a social area for Muslim and interfaith Campus Ministry programs.

“Multi-religion tolerance is a message that’s underplayed in the world at large but not at Georgetown. The university is an example, a pioneer,” adds the donor.