Title:The Campaign for Georgetown and “The Power of Many” Break University Fundraising Records

Writing to the Georgetown undergraduate alumni community, Paul Tagliabue, Board of Directors Vice Chair, said: “It’s not often you get to make history, but this is such a moment.”

Tagliabue was referencing the successful conclusion of “The Power of Many: Participation Matters,” Georgetown’s drive to raise undergraduate alumni participation to record-breaking levels.

At midnight on June 30, Georgetown surpassed the goal of 35 percent participation with a total of 35.3 percent for fiscal year 2016. Over 21,000 undergraduate alumni donors made gifts to Georgetown, a new record for the institution.

Building a Culture of Philanthropy

Addressing the hundreds of volunteers who helped get the word out via social media posts, telephone calls, and personal contacts, Campaign and Board of Directors Chair Bill Doyle said, “Our dedicated volunteers are responsible for much of this success and are owed a special debt of gratitude. Without their work on the ground and in the field, we would not be making history today.”

“It’s not often you get to make history, but this is such a moment.” — Paul Tagliabue, Board of Directors Vice Chair

Key Accomplishments of “The Power of Many”

The results of the participation drive are even more striking when compared to five years ago:

These funds open the doors of opportunity for many of the world’s top students and provide critical funds to support faculty and enhance student life. 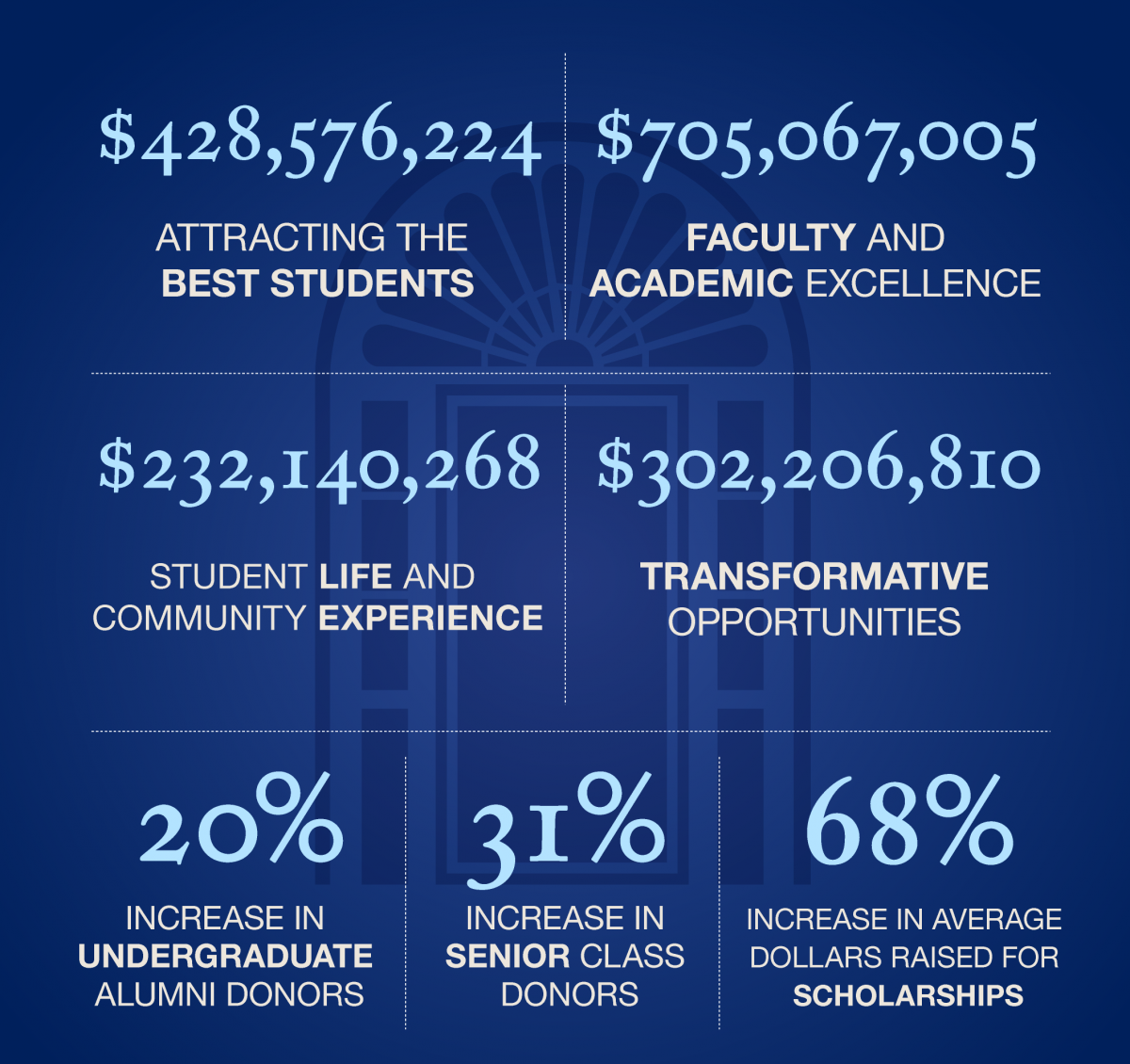 Key Accomplishments of For Generations to Come: The Campaign for Georgetown

Since 2006, the campaign raised a total of $1.67 billion for Georgetown, making this decade-long effort the most successful in Georgetown’s history.

In addition to surpassing the $1.5 billion goal, Georgetown raised more for student scholarships in this campaign than in the preceding 217-year history of the university, confirming and expanding its commitment to need-blind admissions and meet-full-need financial aid.

Along with critical scholarship support, this campaign enabled the university to make strategic, long-term investments across Georgetown’s campuses and schools, for example:

For more information on these campaigns, visit giving.georgetown.edu.