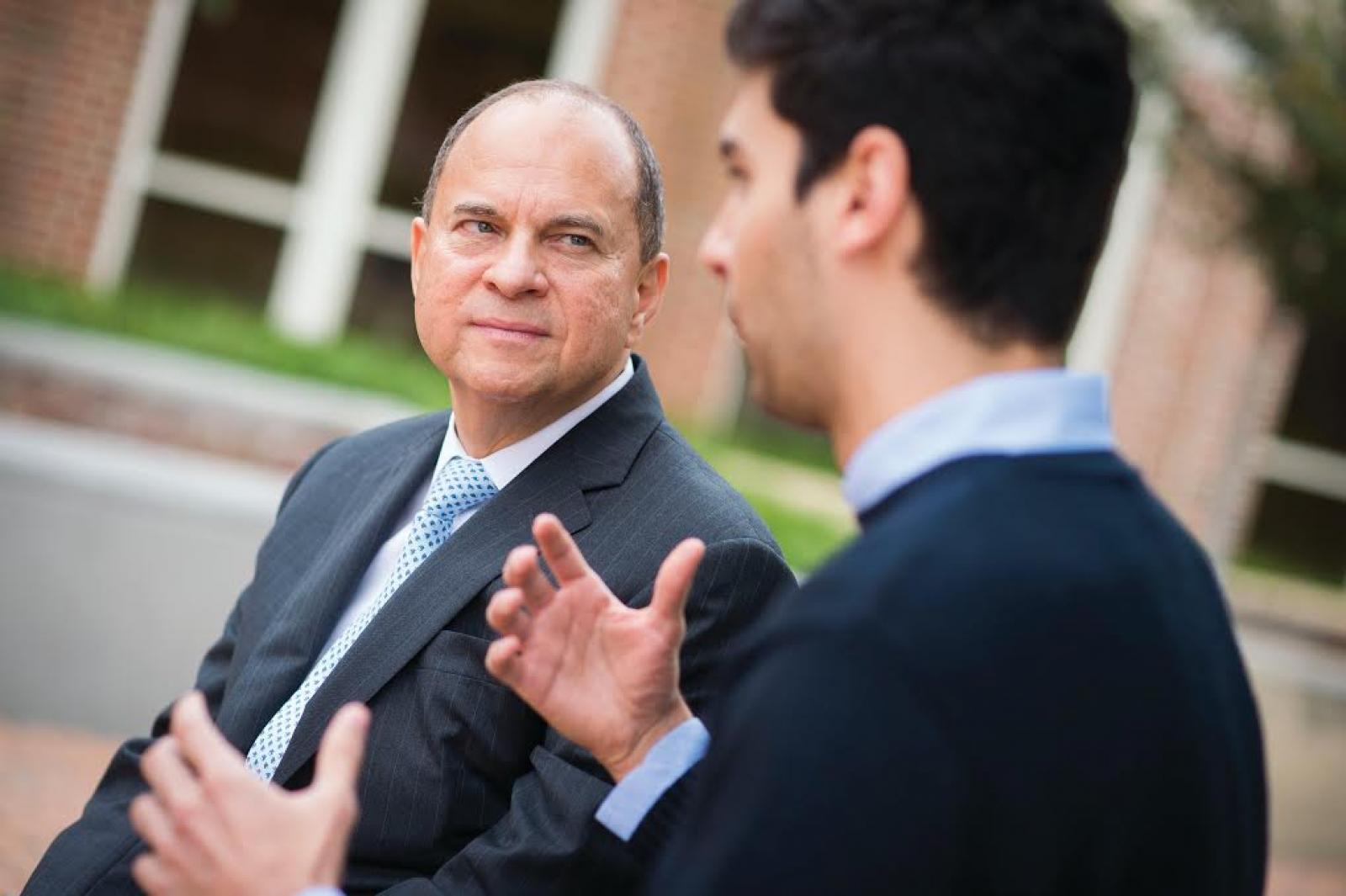 When Henry A. Fernandez (C’79) attended Georgetown, he loved being a part of a “community of people ready to change the world.”

That’s why, years later, he decided to establish the Henry A. Fernandez Global Scholarship with a gift of $2.5 million.

“With better communications and connectivity, the world is shrinking. Yet there are talented young people in emerging countries who need financial help to attend U.S. universities. I want to give them an opportunity to make a difference in the world.”

Jorge A. Rincon (F’18) is one such student. An international politics major with a concentration in international security, he intends to pursue a certificate in Justice and Peace Studies and eventually a master’s degree. After working in Washington, D.C., to gain experience, he would like to return to his home country of Colombia to join the government’s efforts at peace-building and reconstruction.

“In high school I realized that I profoundly enjoy utilizing various disciplines to justify an argument. My search for a school with an interdisciplinary curriculum led me to Georgetown University. I was impressed by its tradition for excellence as well as the core program at the School of Foreign Service that includes classes in philosophy, economics, and history, to name just a few.”