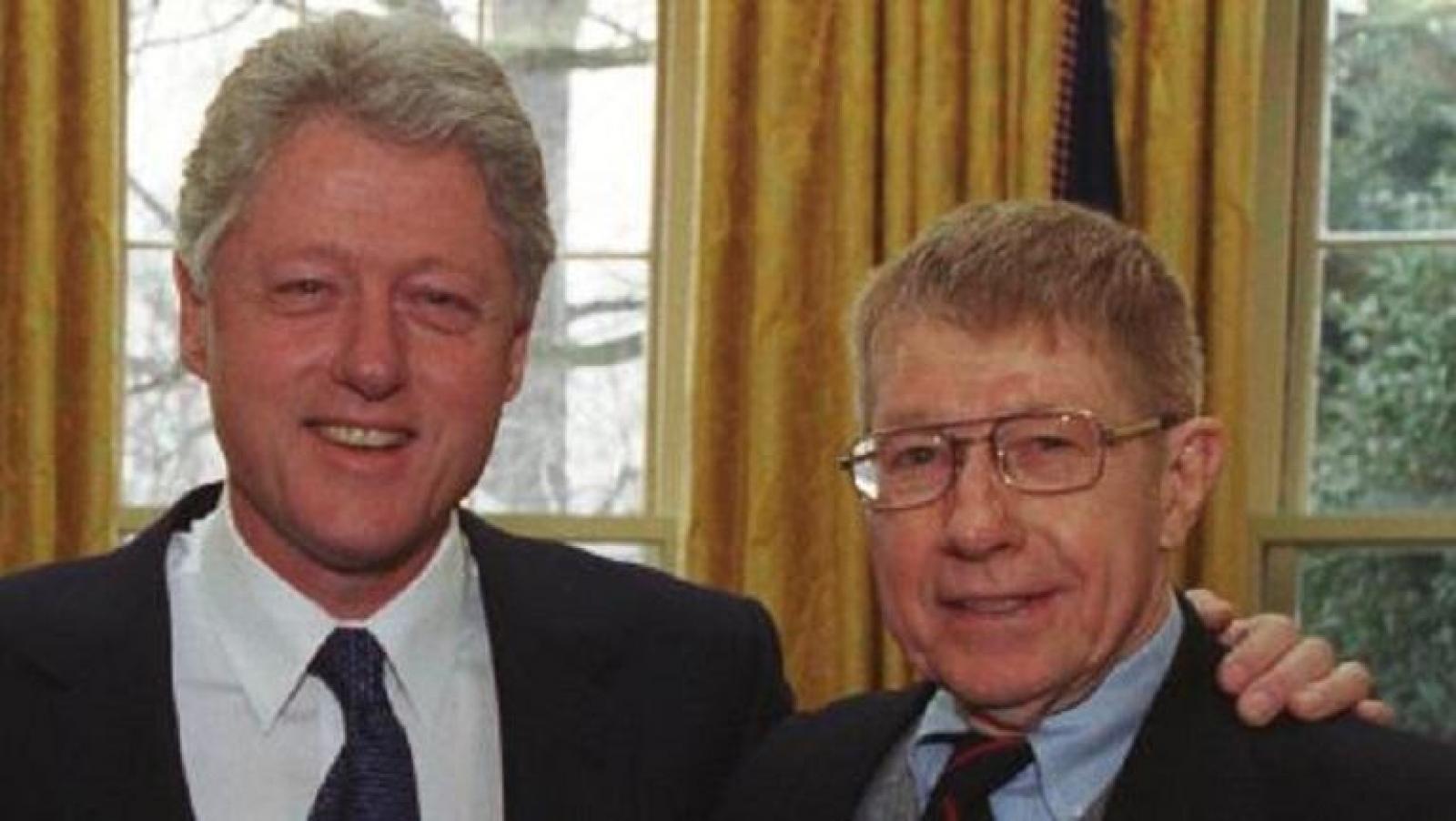 Thanks to a group of generous donors, the Georgetown College government department will enroll fourteen lucky undergraduates in a unique, intensive seminar to be offered each spring semester. Named for a legendary Georgetown figure, the Professor Walter I. Giles Endowed Department Seminar in Constitutional Law and Civil Liberties was launched in spring 2010, only a few months after the death of its namesake.

The seminar, with its low cap on participants and emphasis on class debate, is based on the format of a well-loved course that Professor Giles taught for more than 40 years, one that inspired a passion for justice in countless future lawyers and at least one president of the United States.

Few can claim a longer professional connection to the Georgetown community than Walter Giles, or “Jack,” as he was often called. After graduating from the Walsh School of Foreign Service in 1943, Giles went on to earn a Ph.D. from Georgetown’s government department, which he then joined as a professor.

Rigorous debates and demanding expectations made Giles’ course on Constitutional law an intellectual rite of passage. In his autobiography, My Life, President Bill Clinton cites Giles’ class as his “most memorable” college course.

“He wasn’t an easy professor, but that’s what made his class so great,” says Steve Sullivan (F’68), one of Giles’ former students. “He challenged students to think for themselves. That was one of his most enduring gifts to me.”

Sullivan, along with John Halebian (C‘74), who also studied under Giles, has joined several other benefactors in starting an endowment for a yearly seminar that will honor the professor who “instilled the values of a democratic society, and a passion for civil rights and liberties, in countless Georgetown students,” according to Halebian. The donors are currently seeking further contributions to secure the endowment for years to come.

The seminar’s inaugural semester, taught by the current director of the Administrative Office of the United States Courts, James Duff (L’81), focused on “Civil Liberties in Wartime.” A longtime Judicial Branch employee, Duff arranged for his students to meet Justices Stephen Breyer and Antonin Scalia (C’57) following a discussion at the Supreme Court. Duff will return to teach the course in spring 2011, and although the theme will change, Halebian expects that it will adapt to reflect the ever-changing landscape of American civil liberties.

After their last class of the semester, Halebian and Sullivan treated seminar participants to dinner at the Tombs, where they recounted memories of Giles and shared their hopes for the seminar’s future. “One of the blessings of my Georgetown education was studying under Jack Giles,” reflects Sullivan. Halebian agrees. “This is a way for us to honor a favorite professor the way he would have wanted it done—by helping continue his work for students.”

To contribute to the Professor Walter I. Giles Endowed Seminar in Constitutional Law and Civil Liberties, please contact Erin DeLoach at 202-687-8268 or evd2@georgetown.edu.